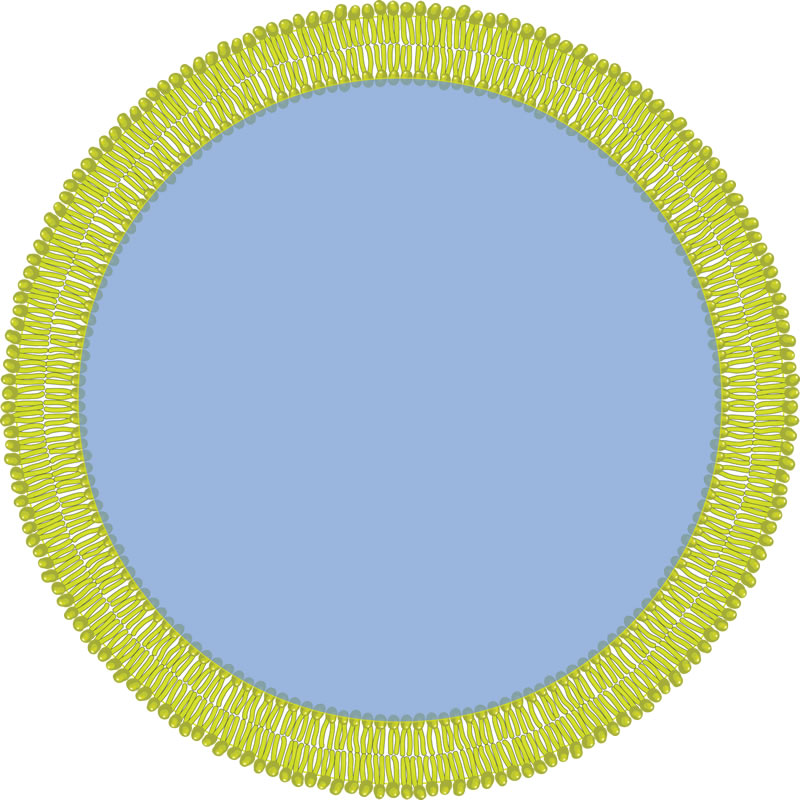 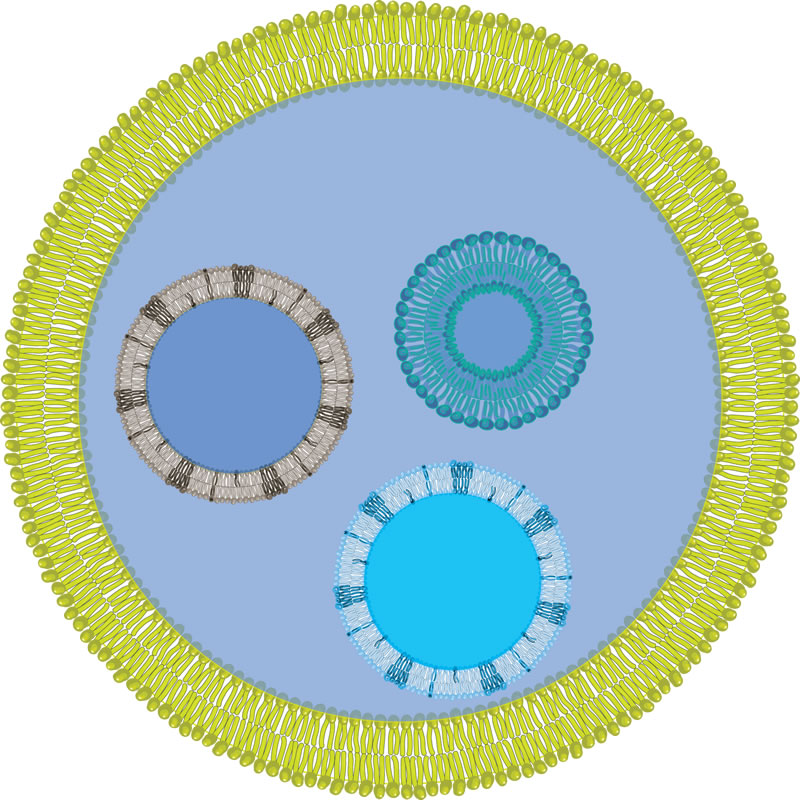 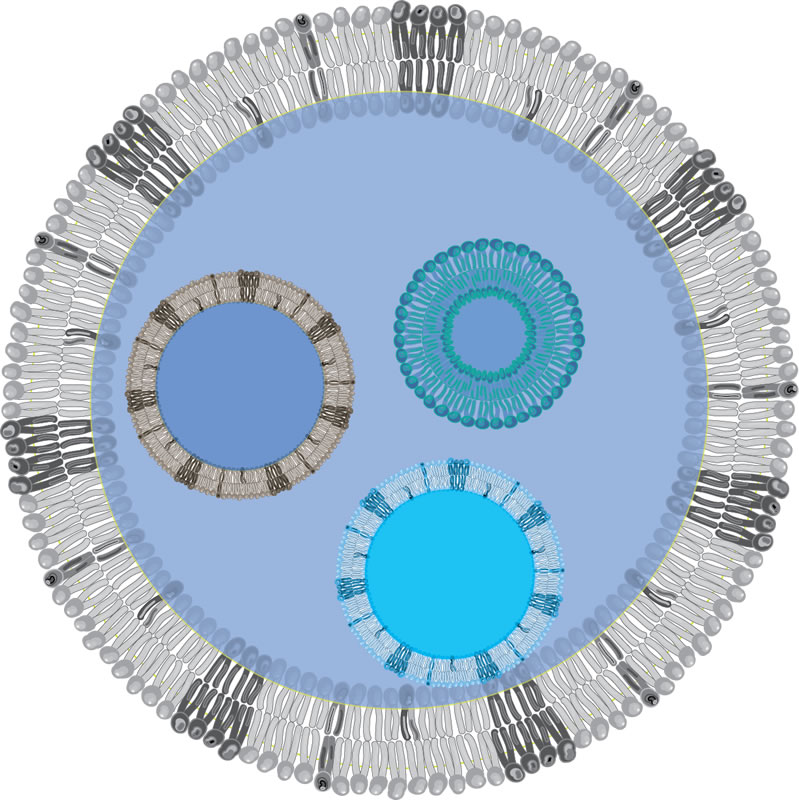 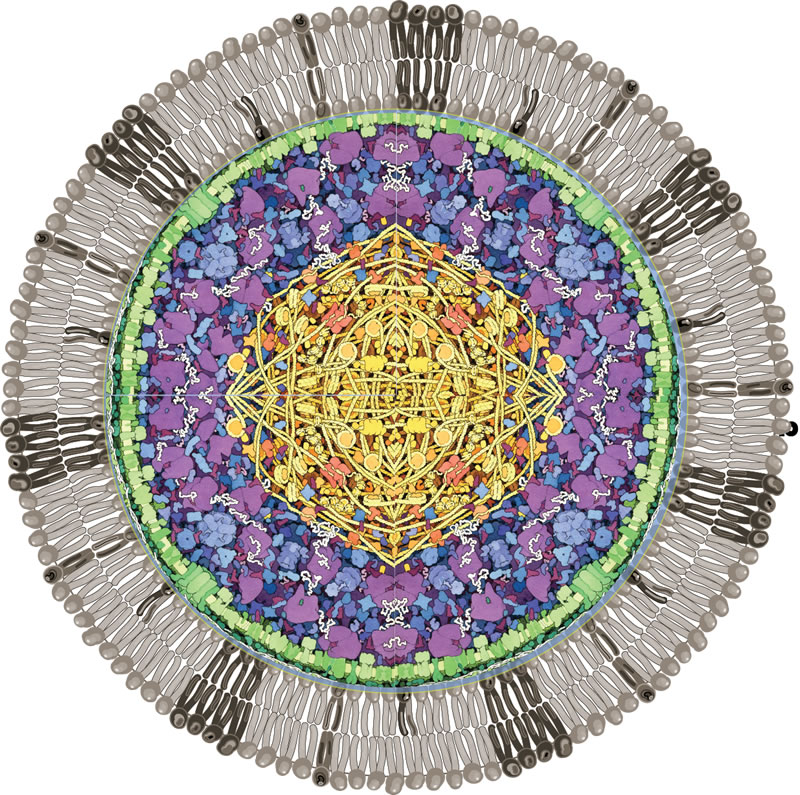 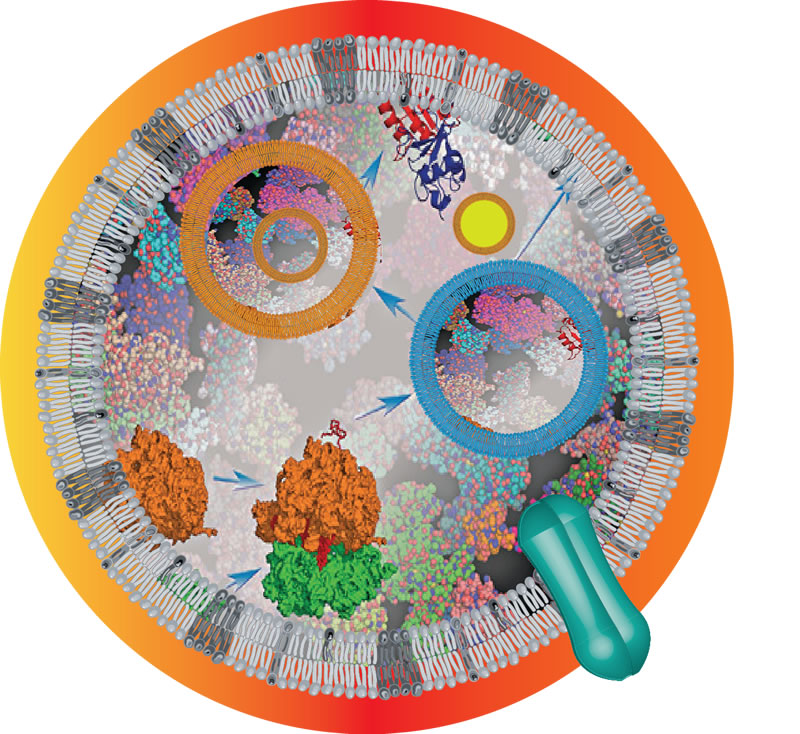 Compartmentalization of biomolecules is a characteristic feature of all living systems. Indeed, the emergence of life on Earth itself (and its early prebiological chemical evolution) is thought to be linked to compartmentalization - such as might be produced by self-assembly of prebiotic amphiphiles into compartmental boundaries (Hanczyc, Fujikawa et al. 2003) . Eukaryotic cells employ these compartments of chemically distinct organelles as modules of highly integrated metabolic networks. Far from simply serving as inert vessels, cellular compartmentalization plays a plethora of active roles.

Compartmentalization allows physical segregation of certain biomolecules while promoting crowding of others within an encapsulated volume (typically zepto– (10E-21) to femto- (10E-15) liters). This in turn allows multiple dissimilar aqueous chemistries (e.g., metabolic reactions) - including incompatible ones - to proceed in parallel. Several factors must be taken into account to appreciate compartmental control of biochemical reactivities.

FIRST, the large surface-to-volume ratio, which causes the encapsulated reactants to encounter the compartmental boundary more frequently, and molecular crowding, due to the presence of high concentrations of cytosolic components, profoundly influence conformations and distributions of reactants, fundamentally altering the kinetics and equilibria of reactions inside (Chiu, Wilson et al. 1999).

SECOND, it is notable that the compartmentalized medium itself is a highly crowded environment within the cell(Zimmerman and Minton 1993). For instance, the total load of large biomacromolecules inside cells ranges between 5% and 40% (up to 400 grams per liter) of the cellular volume. This molecular crowding directly influences the properties of the encapsulated cargo, including conformations, diffusion, and transport characteristics of the molecules inside. Together, these factors influence kinetics and thermodynamics of a variety of physical and chemical processes within the cellular milieu (and sub-cellular organelles)(Ellis 2001), an understanding of which is still incomplete (Zimmerman and Minton 1993).

THIRD, the compartments themselves are not hermetically sealed (Tu, Kudlicki et al. 2005) . They communicate and exchange their contents (as well as signals) via a variety of biophysical mechanisms; the latter include passive permeation, osmoregulation, and active channel-mediated transport as well as a complex array of membrane deformations (e.g., budding, division, fusion)(Maxfield and McGraw 2004, Sanborn, Oglecka et al. 2013) . Such well-regulated exchanges allow compartmentalized chemical reactions to receive external inputs and become synchronous across their arrays and networks - all in well-defined spatial and temporal cascades of chemical reactions.

Understanding the fundamental consequences of cell-like confinement on model biochemical reactions using molecularly-tailored lipid vesicles is one thrust of our research activity.